What is a PFO?

Before birth, a baby’s heart will have a hole with a flap-like covering between the upper two chambers of the heart. This opening – the foramen ovale allows blood flow from the mother to the baby. After birth, the flap-like covering typically closes the hole permanently. However in about 1 out of 4 individuals the hole will remain open. This is called a PFO.

How does a PFO impact heart health?

In most people, a PFO creates no symptoms and requires no treatment. However in a small amount of people a PFO may permit blood clots to pass from the right side of the heart to the left side, possibly leading to a stroke. PFOs have been found to be more prevalent in cryptogenic stroke patients.

What is Cryptogenic Stroke?

Most strokes are caused by a blood clot that blocks blood flow to the brain. Some strokes have no known cause and are defined as cryptogenic stroke. About 25% of stroke survivors are at risk for having another event. That is why it is important to determine (if possible) the cause of the stroke to prevent the likelihood of a future occurrence. It is estimated that about 25% of strokes are cryptogenic (American Heart Association).

How is a PFO Found?

A PFO is typically found by a cardiologist using an echocardiogram or ultrasound of the heart. The echocardiogram uses sound waves to evaluate the heart and the direction of the blood flow. This test will identify if blood is flowing from the right side of the heart to the left side.

Did the PFO contribute to my stroke?

If no other cause can be identified by your physician, then it is determined that the PFO likely played a role in causing the stroke by allowing a blood clot to travel from the right (venous) side of the heart to the left (arterial) side with the blood clot then traveling to the brain and blocking blood flow.

There are FDA approved treatments that can reduce the risk of stroke by closing the PFO through a catheter based device. 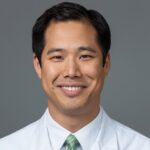 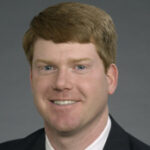 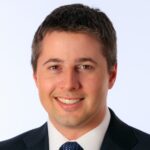